Rob who’s originally from the Bethnal Green/ Mile End area in East London, is the Head of Operations based at our London HQ. With a long-standing background in product design and having previously worked closely with CBS, Rob helped refine processes within the operations team and has aided in growing the business.

After clocking off, however, Rob’s other passion comes out in the form of a rock guitarist, performing with his band 'Midwich Cuckoos' up and down the country.

We spent the morning talking to Rob about his background and experiences in his work and outside passions. 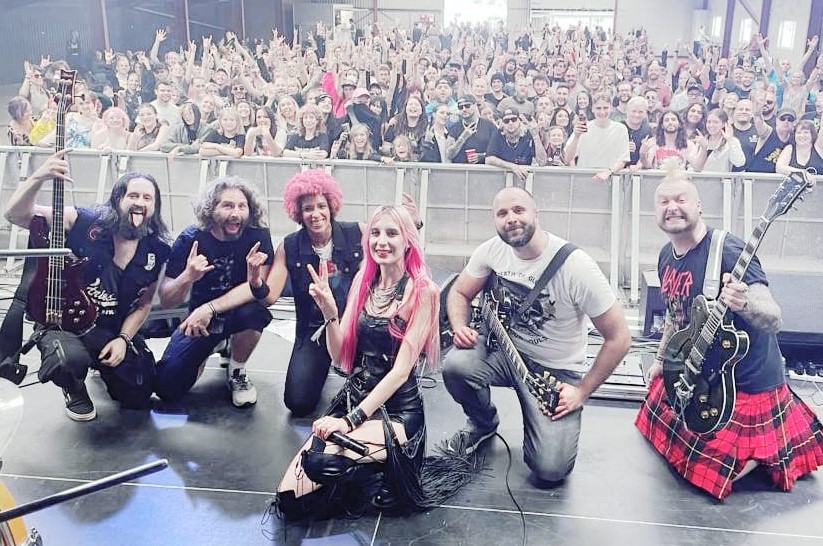 So I hear Rob you knew about CBS before joining?

“Yes, so I went to the University of Southbank and studied Engineering Product Design.

Whilst at Uni I completed an Industrial Placement at ‘Burland Solutions’, which dealt mostly with data and power distribution. CBS were a supplier for them and was based just around the corner in the pre-Union Street office in Kennington.  After graduating I started work as a Product Designer, and have always been involved in the contract interiors world in one form or another”

Ah, gave you some good insight into CBS then. How did you become involved with CBS?

“I came over as an NPD Project Manager.  I was a Design manager previously, but I wanted more exposure to the full end to end product lifecycle, form concept to discontinuation.

Effectively I worked with the RnD teams dealing , help pull products through the process, working across the business to ensure a successful launch.

The role evolved over time, and I took om management of the engineering team, including the resource based in India.  I’ve been fortuate to visit  india many times, it’s a lot of fun and a beautiful country.”

“About 2 years ago I took over Operations, which encompasses product delivery, purchasing distribution and supplier chain, as well as engineering and QC.

Its been a huge learning curve, especially with the global events that have taken place, but it’s a role that I love and certainly keeps me on my toes!”

It certainly sounds like it's ‘never a dull day!’ So tell me all about your passion outside of CBS…

So I saw the film ‘Back to the Future’ and the famous scene where Marty Mcfly plays ‘Johnny be good’ by Chuck Berry is played.

Yeah that hit me hard so I just had to pick up a guitar and learn to play it and it went from there.”

“I’ve been gigging since I was about 15 having learnt to play the guitar right as Brit-Pop started to become the big thing so a lot of that music was learnt on guitar.”

Yeah I love that move and Brit-Pop’s still great today! And you’re in a band now?

“Yeah so for a round 5 years I’ve been with a band called ‘Midwich Cuckoos’ who are a cross between Punk and Metal.

We’ve played all over the UK and been on tour via London, Southend, Peterborough, Newcastle, Edinburgh, Liverpool, Birmingham, Manchester & some festivals in the summer.

That tour itself was an incredible experience with some amazing turnouts and crowds.”