Once again CBS staff, directed by our social organiser Cyril (the squirrel) headed out to Hyde park for a game rounders, limbo and Kubb on Wednesday 11th September 2019. 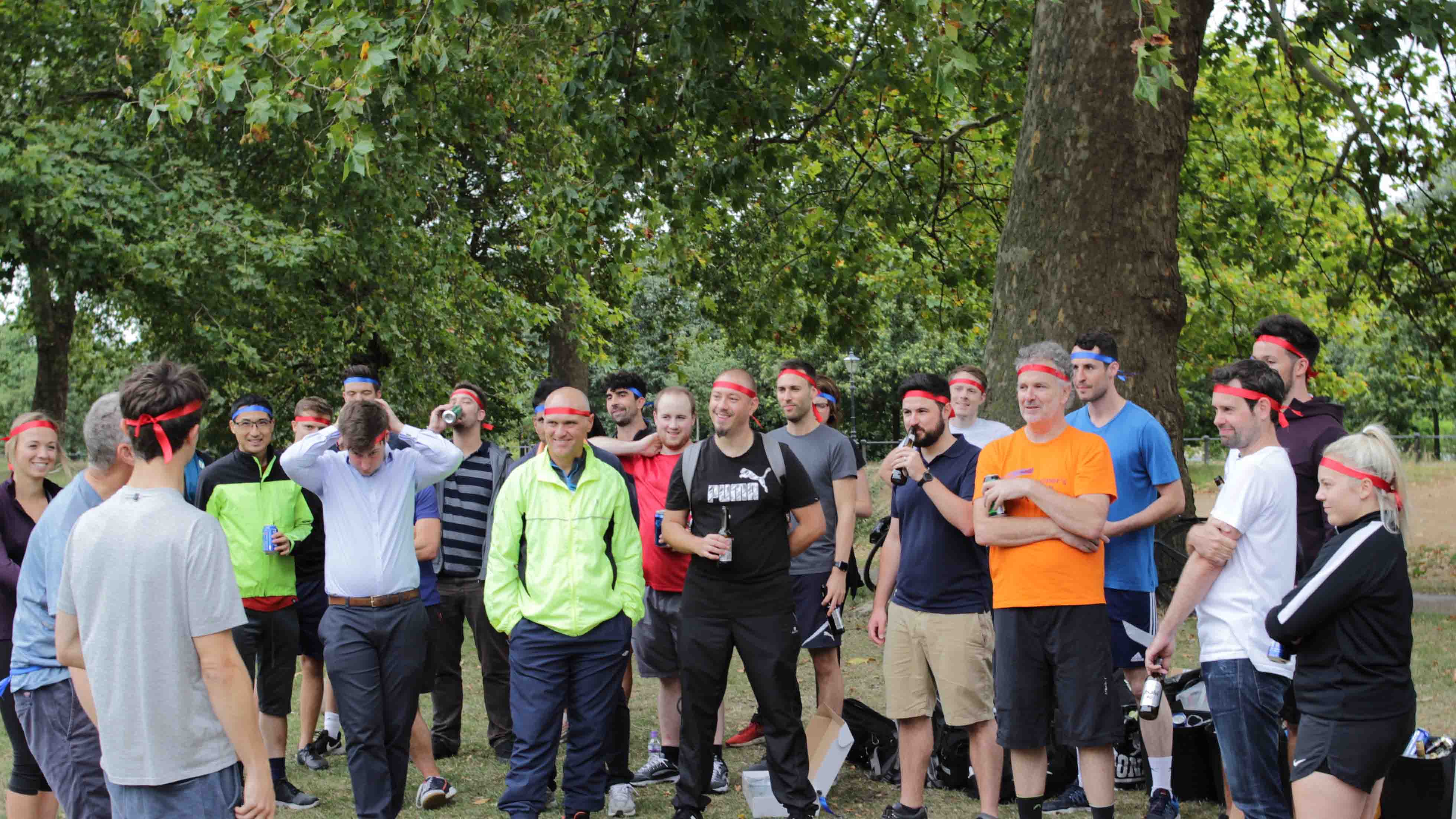 As we have done in the past, we had our teams picked at random, it was the Blue ribbons vs the Red ribbons.

This year we had the Red team field first, with the Blues batting. Our rules were as follows: A home run = 2 points, and if the player makes it all the way round, they get 1 point. Each member of the batting team gets 3 turns at batting, unless they have been knocked out by the fielding team. Using a new spinner, designed and built by one of our talented designers, the batter must be given at random his/her bat. 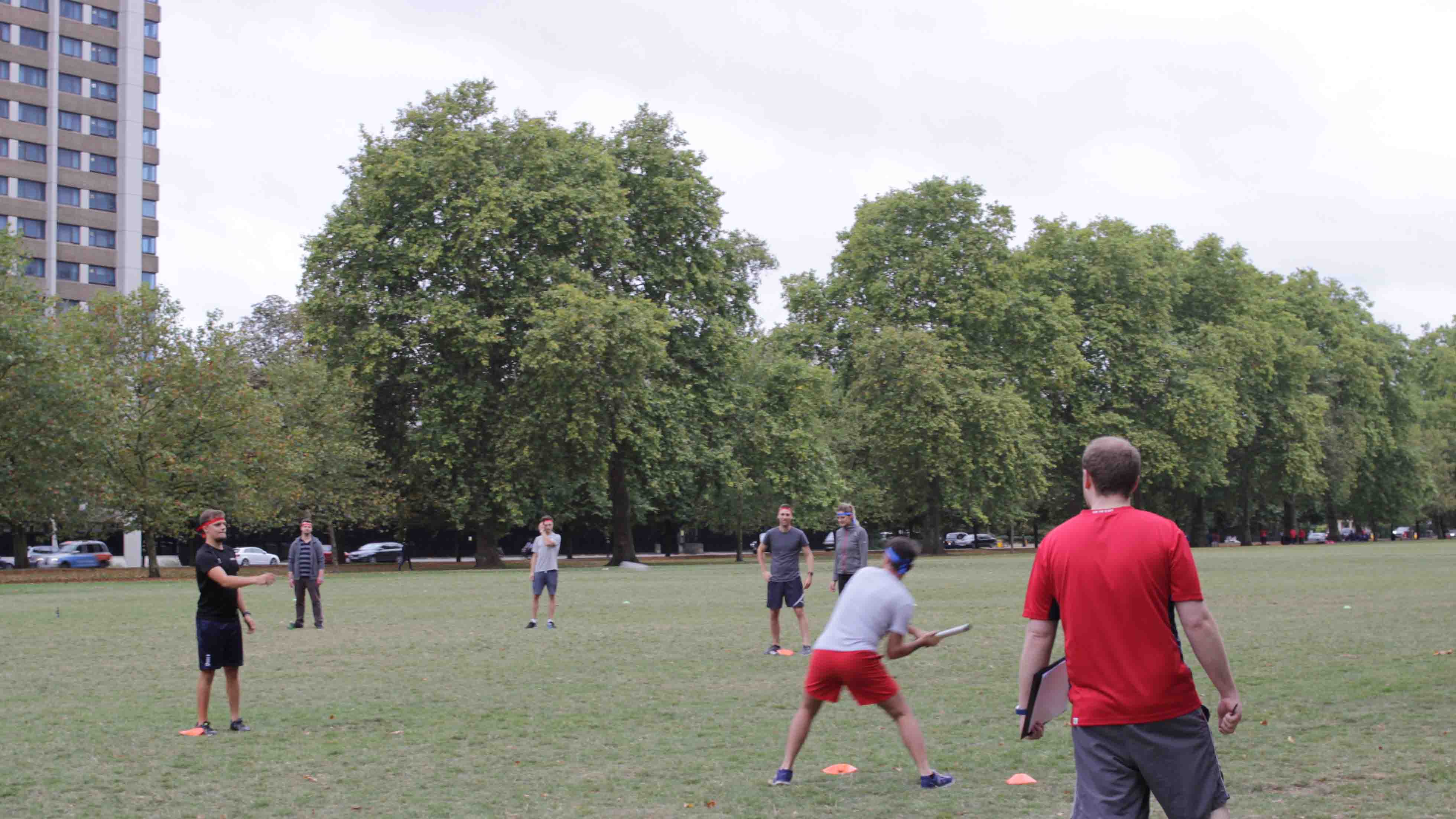 The match was a great spectacle to watch, the batting Blues threw everything at the Red team, knocking out players (not literally of course) whenever they could, Lewis Kingsley stepped up to bat and was the first and last recipient of the oversized plastic beer bottle, it took just one hit for it to… shall we say, retire…

The Blues had a few good home runs, and in the end managed to tally up an impressive score of 24 points… Could the Reds beat it?

After a quick weather break (a trickle of rain halted the game), The Reds came out and played valiantly, but unfortunately the Blues had a secret weapon, Richard Ripper on 3rd base, he caught 5 balls in a row, knocking out 5 Red batting players instantly. Things were beginning to look very bad for the Reds, but they kept playing, aiming their hits in any other direction to avoid being caught out, and through grit and determination (resulting in a few brilliant home runs) they finished batting with hopes of victory!

A big congratulations to the Red team for their amazing victory over the Blue team! 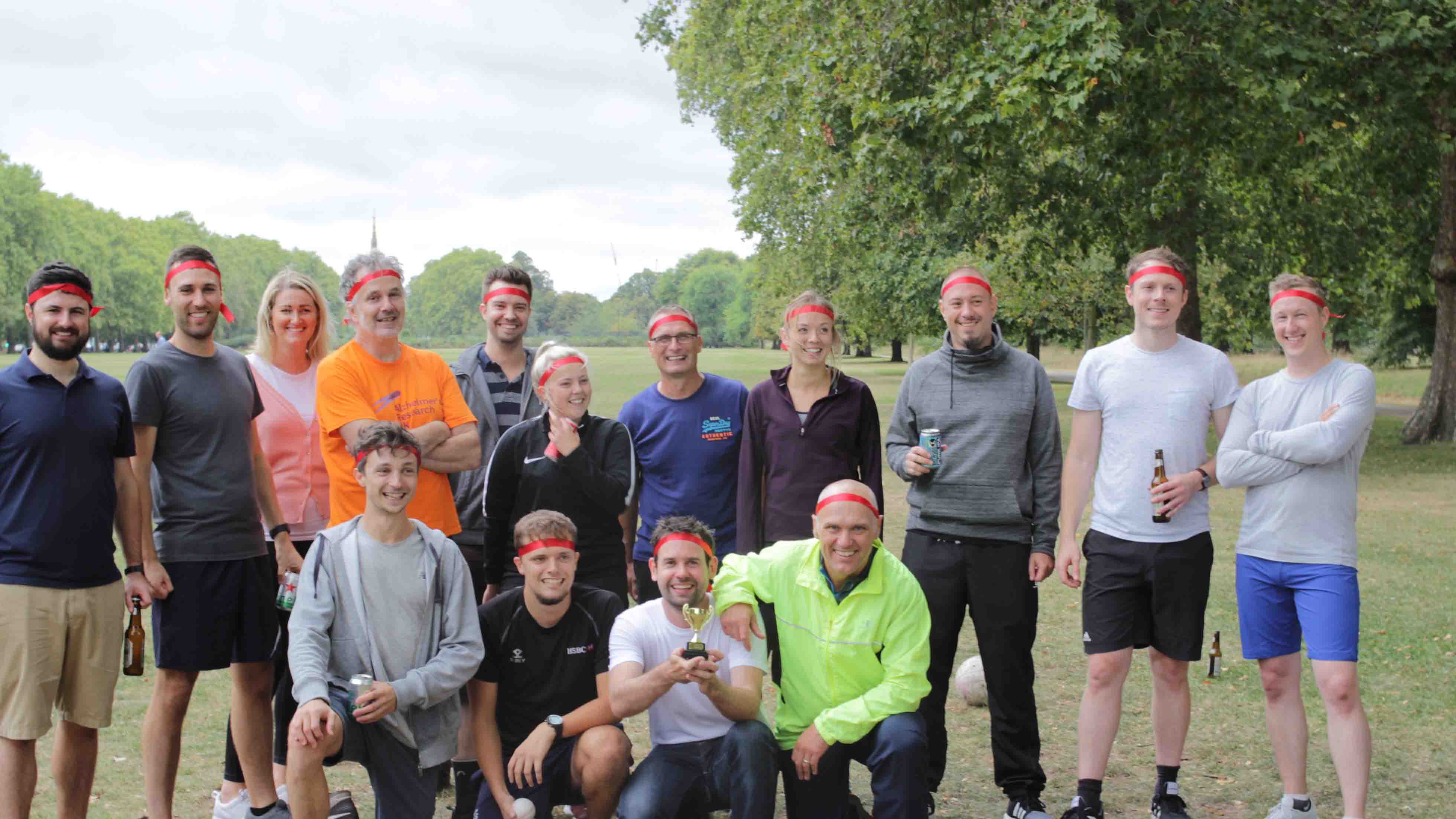 The next challenge was all v all, in the newly annual CBS LIMBO!

We had a good number of challengers this year, and everything was to play for, last years champion Faith Heron decided not to participate this year, giving someone else the chance of being crowned CBS Limbo champion. 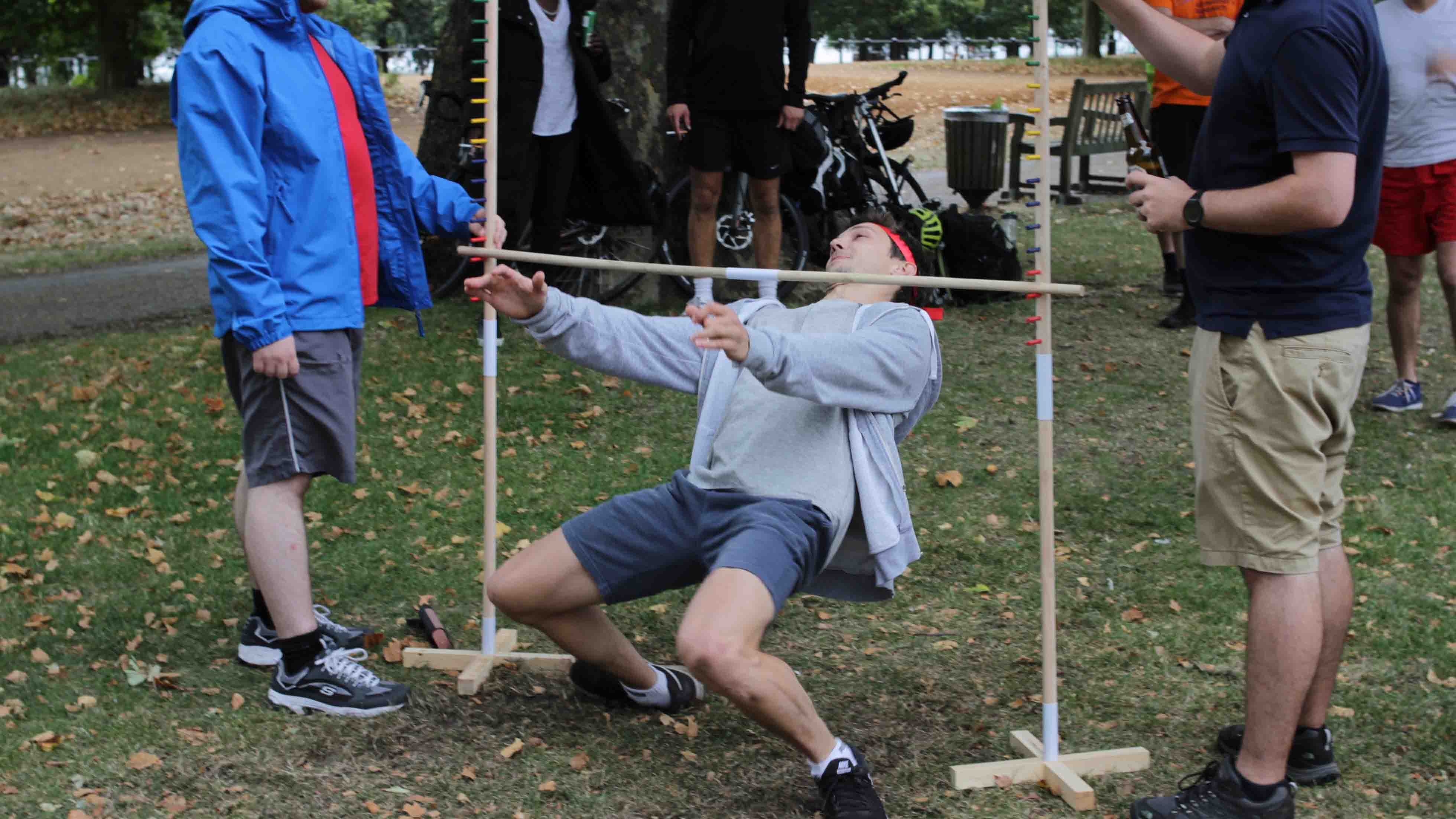 Our Limbo contenders pushed themselves to the limit, bending the rules as well as their postures in hopes of winning the title of CBS Limbo champion. We had some valiant attempts, notably from our Design and Operations departments, however in the end, on the second to last level on the Limbo set, we were left with just two contenders for the title, Rebecca Squire (Sales) and Alex Corrie (Design). 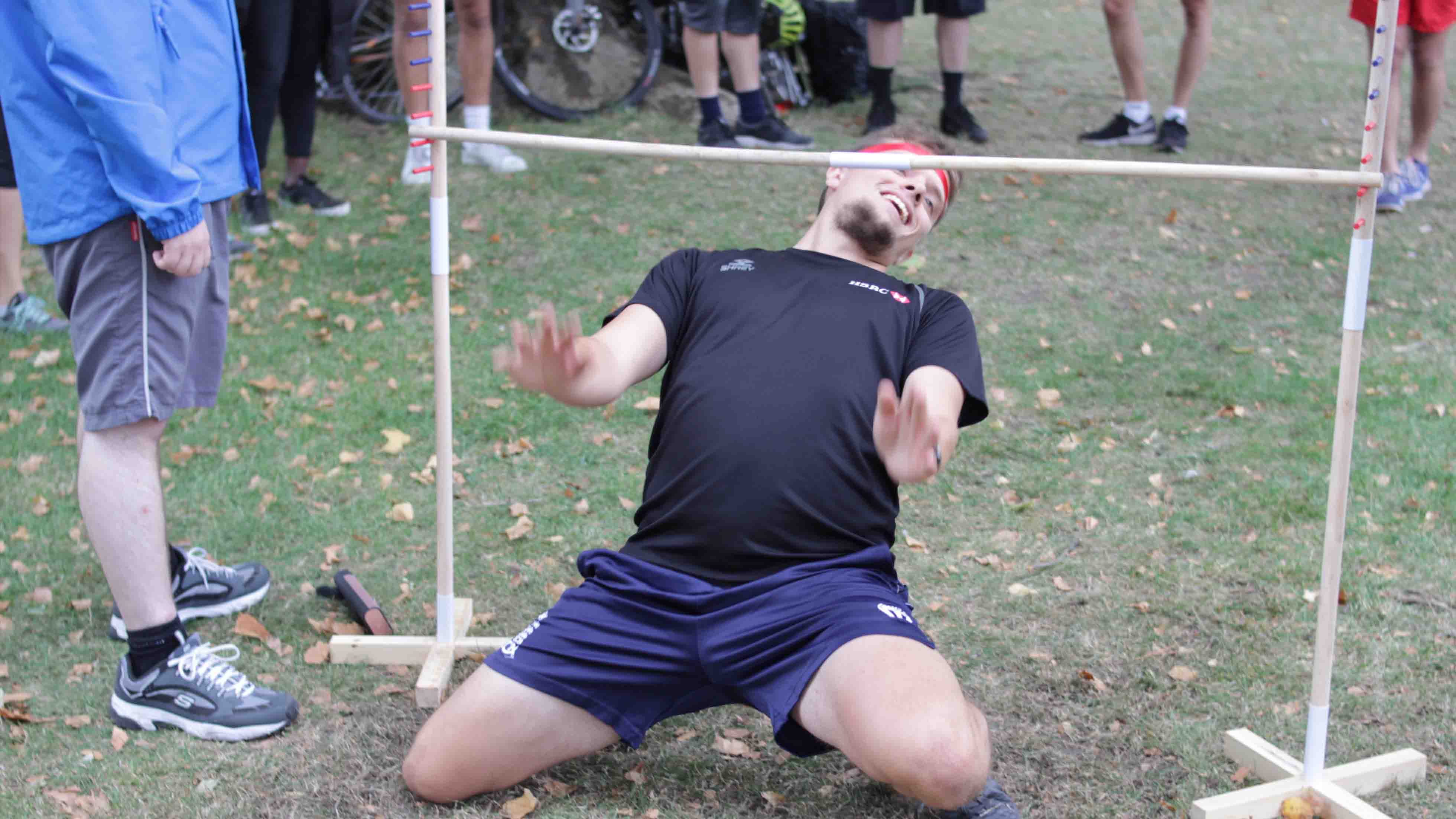 After that intense competition our athletes needed a good back stretch, and some R&R before breaking off in smaller groups to enjoy some snacks, drinks, American Football throwing and the famous Scandinavian game of Kubb.

Kubb is an interesting game, new to many of us here at CBS, it involves two teams attempting to knock down each other’s wooden blocks (field Kubbs) using wooden batons (Kastpinne/Kastpinnar in Swedish), the winners must then attempt to knock down the King.

Well… it was certainly a popular game, so popular infact that it took around 2 hours to complete just one game. 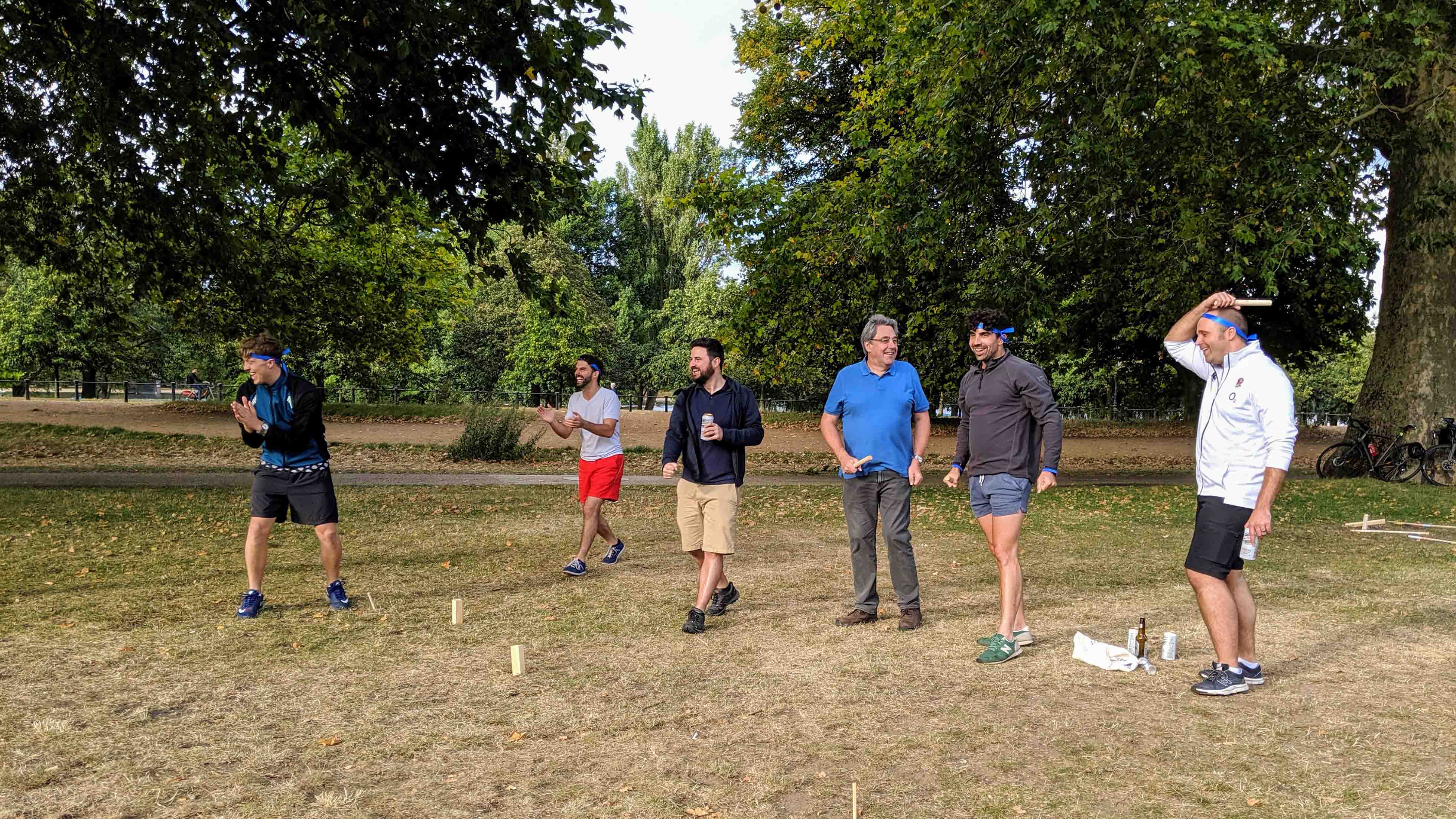 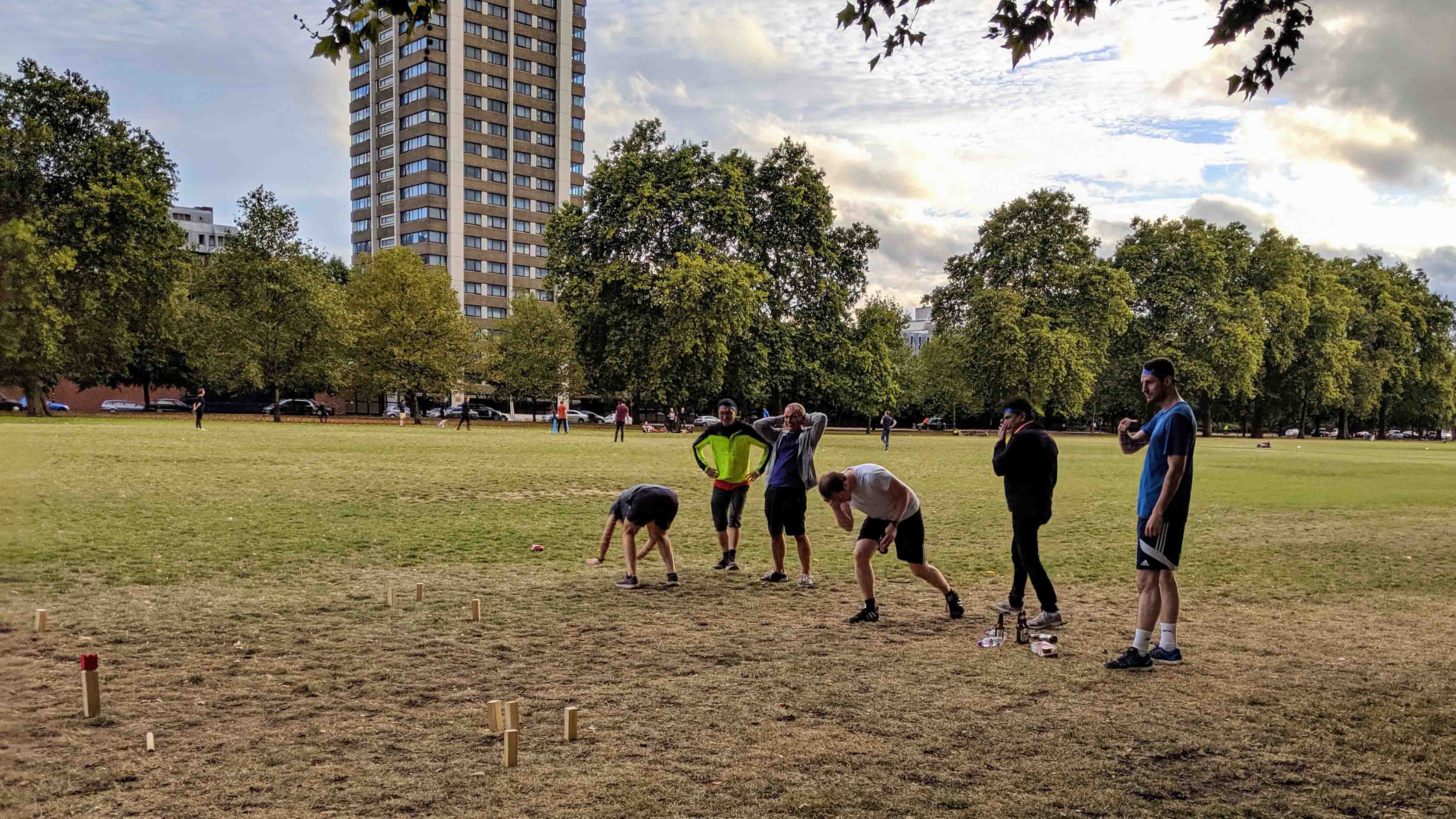 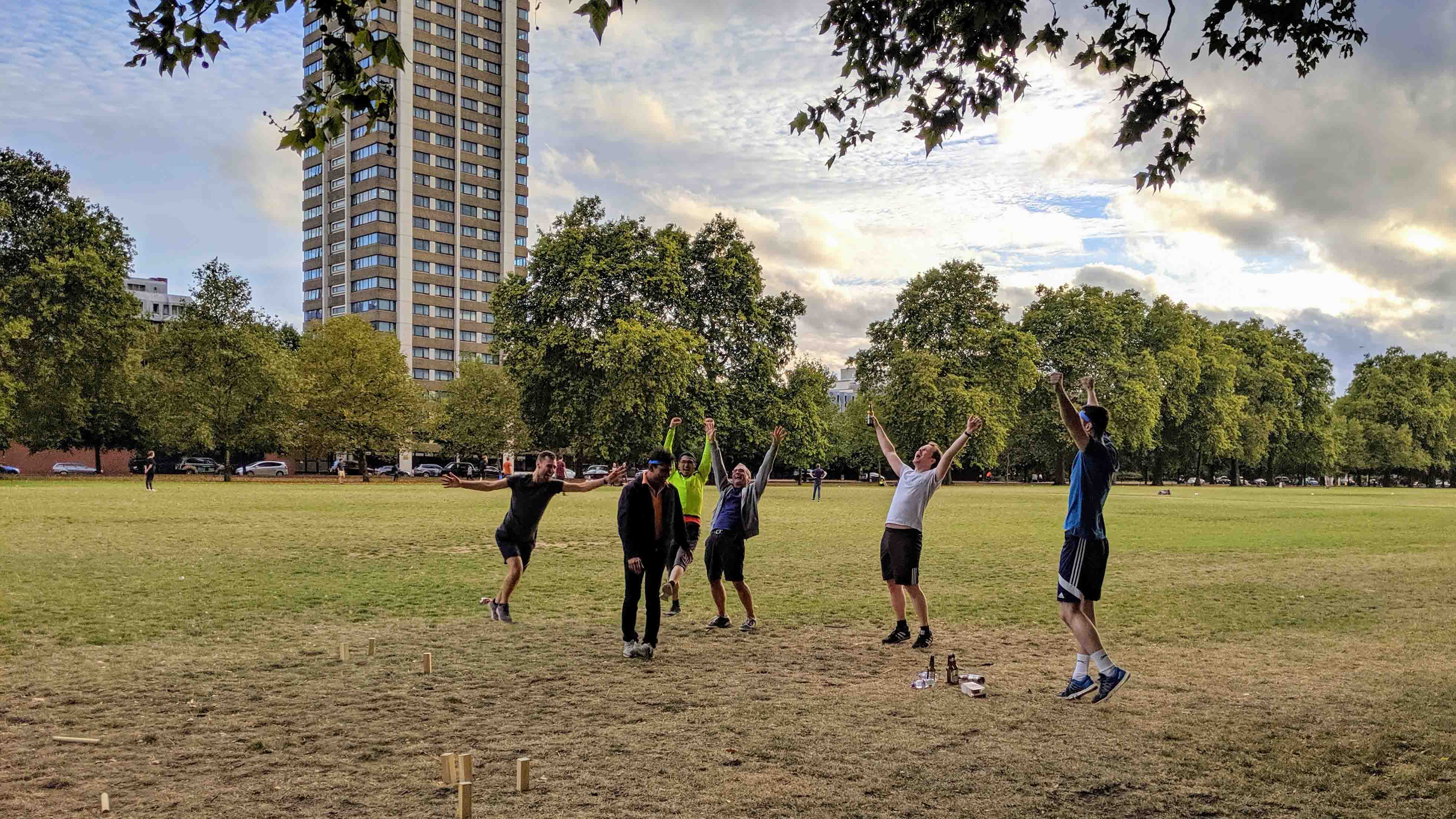 Every member of CBS on both teams (Kubb and Rounders) should be proud of themselves, along with the volunteer referees and spectators for being part of such a wonderful day! 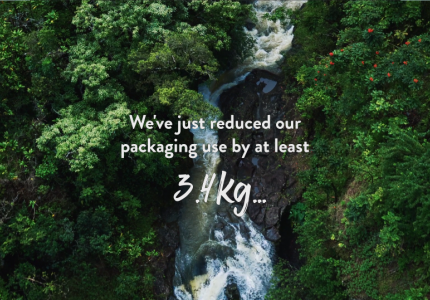 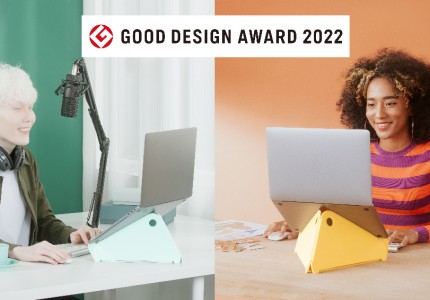