Meet Nick Cox, A CBS Product Designer with a passion for cars...

Last year CBS Product Designer Nick Cox discovered he was about to become an uncle of two, and like any good uncle he wanted his nephews to have the best first Christmas gifts, and like any good product designer, he wanted to create something beautiful, personal and unforgettable.

Watch Nicks interview here to discover how he first came up with the idea, how he went about creating these beautiful wooden toy cars, and an insight into a product designers mind. 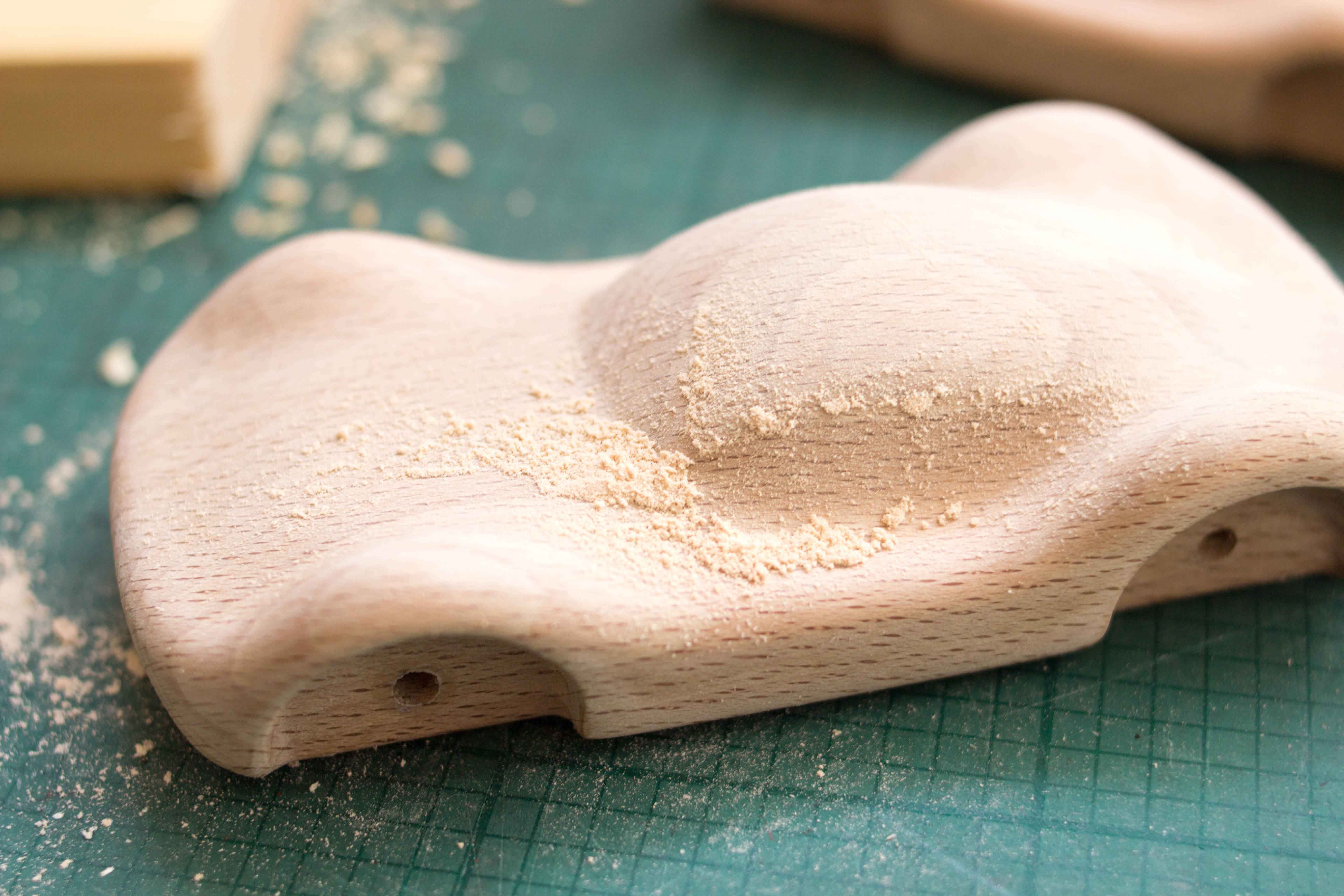 What brought this project about?

I noticed Christmas was fast approaching and I wanted to give my nephews or nieces a present each. As it would be a first present from me, I wanted to ensure it would be something special, completely unique and something that would last forever, I knew I had to design and make them something.

I have a huge passion for cars, which probably started with the toy cars I used to play with as a child. Being the only petrol head in the family I feel responsible for ensuring any nephews or nieces I have, get the chance to see how awesome cars are. And I thought it would be cool if the first toy cars they’d receive would be from me.
As toy cars can also develop motor skills and are fun to play with it was a no brainer.

As soon as I think of a project a first idea will come to mind. I’ll rough it down on paper with a quick sketch. The very first sketch will often be the messiest of all the ones to follow but for me it’s the most important and where all the ideas will come from.

Then I think about who I’m designing for. But this was quite different as the people I was designing for weren’t even born yet! So, I imagined what my nephews or nieces might be like based on their parents. That’s why I designed one car to be a leisurely traditional front-engine GT sports car and the other to be a speedy mid-engine super car. Luckily, I somehow guessed right and the characters of the cars suit my nephews’ characters pretty well!

What steps do you take when you’re working through a project like this?

So this one started with inspiration, I looked to the 1950s era le mans cars, which had very pronounced wheel arches and I thought they were beautiful shapes, I thought that I could maybe turn those into toy. So change the proportions, exaggerate some of the proportions.

I did a lot of research into cars of that era, gathered images, and started to build a picture of what my cars could potentially look like. But I also wanted to simplify everything down, and imagine if a piece of silk was dropped over the core parts of the car, the engine bay, the wheels and the cabin where the passengers would sit, what form you would get, so I was really in search of something that was really smooth and organic.

How do you incorporate feedback into your design work, or this project in particular?

I chatted with some of the design team here the whole time I was working on it, on lunch breaks and things I’d show it to them. I received positive feedback so I knew I was going in the right direction. I took feedback on board in areas where I could improve but it was a lot of me working on it solely and it was a very personally project, so I wanted to put all of my thought into it and make all the decisions myself. I did have the freedom to do that I didn’t need to design to a specification or anything I could do it exactly how I wanted to do it.

Probably a really simple one. A paint cap I redesigned for a popular range of paints. I like it partly because people take it for granted without realising how much design thinking has gone in to it. And also because I occasionally see them on top of bottles of paint in arts supply shops and even at friends houses!

Oh and also because a painter who’s always used the paints, cried with joy when he first used the new paint cap.

Were you inspired by someone in particular during the project or others, if so who inspires you and why?

In general a guy called Daniel Simons, he’s always an inspiration, he makes perfectly formed forms of products and cars. He’s done things in the car industry and in films, he’s done concept vehicles, and I always look to him.

But for this, I found this German artist on a car forum who made these really simplified sculptures of Porches, like 50/60’s Porches and that’s also where some of the inspiration came from and I logged the idea about 18 months ago, and I thought I had to do something with that one day, and then yeah that actually sort of turned into this project, so yeah I took a bit of inspirations from what he did and I like to think I could somewhere close to what he did.

What made you choose Product Design?

Well I’ve always liked the challenge of solving problems, had an appreciation for how things are made and how things work, and enjoyed being hands on with using different tools to create things. Using these together in a job that can help make peoples’ lives easier or more enjoyable meant I had to give Product Design a try. I’m glad I did.

It’s quite an inspirational field to be in and I like all kinds of products so it makes total sense for me to be a designer and I can’t really get enough of it sometimes.

What is one of your favourite designs?

I have a lot so I might just pick one that just quickly came into my head, the Brooks Cambium saddle. I really like what they did with that product, they really thought of how to put together a saddle and even crafted a new material. It looks stunning when you see them on so many bikes now and they’re still so recognisable as a Brooks saddle.

If you could purchase any car in the world, what would that car be?

That’s a very good question, Peugeot 205 GTI, which isn’t that expensive but that’s my favourite, but also if I could have second, a Singer Porsche 911 because it’s stunning in every way possible.

What’s the last thing you watched on TV and why did you choose to watch it?

Probably an episode of Top Gear because I’m always loving cars and I’ve watched a couple of older episodes recently and forgot actually they were pretty good back then, I guess this also fed back into this project about cars.